Flamboyant French Ace of WWI, 43 victories and at least as many injuries!

Charles Eugene Jules Marie Nungesser was officially recognised as the third most successful French pilot of World War 1 behind René Fonck (with 75 kills) and George Guynemer (with 53 kills respectfully).

But what makes him different from the other two is his complete disregard for his own safety in the face of extreme hardship and the myriad of injuries that dogged his long and illustrious career. Let’s not forget, we get the expression ‘catch 22’ from the very fact that pilots didn’t tend to last long in WW1, so 43 (or 45 if you count friendly fire) is a pretty respectable innings. Yes, he did survive the war, but not the peace.

Such a gregarious character is an ideal candidate to join the ranks celebrated in our range of t-shirts, and at a time when we look back at another famous Frenchman who lost at Waterloo, we celebrate the successes of a flamboyant, indestructible devil of an Air Ace whose skull-and-cross -bone insignia sowed fear into the hearts of his enemies.

But let’s just take a moment to list the injuries, all received in the various dog fights throughout his career, and remember, they didn’t have the kind of well equipped hospitals we have today. 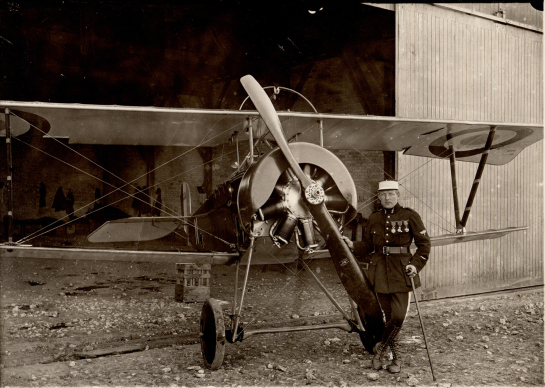 Born in Paris March 15, 1892, Charles Nungesser spent his childhood in Vincennes. As a baby, he won beauty contests, and as a teenager and lover of mechanics, he obtained an electrical engineer scholarship, but abandoned it to become an adventurer. He travelled around the American continent getting into all sorts of mischief, most of which cannot be corroborated such as the time he decked a massive Argentinean with a clever left hook, for insulting the French. 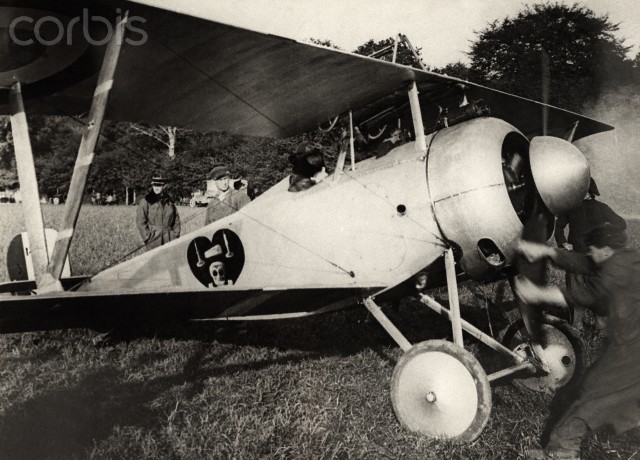 He returned to France in 1914 and unable to join the air force, joins the 2nd Regiment of Hussars. On September 3, in territory officially recognised as enemy territory, he shot with the help of a friend, Lerendu, the four occupants of a car in which German officers carried plans from the High Command. Recognizing the importance of the papers he seized the German car (a rather nice Mors) and drove it at full speed to General Cary Langles who rewarded him with the car. This is how Nungesser earned the nickname “Hussar Jaws” which soon became “The Horseman of Death.” He also used this escapade to leverage his entry into the air-force. From here on, his destiny was set. 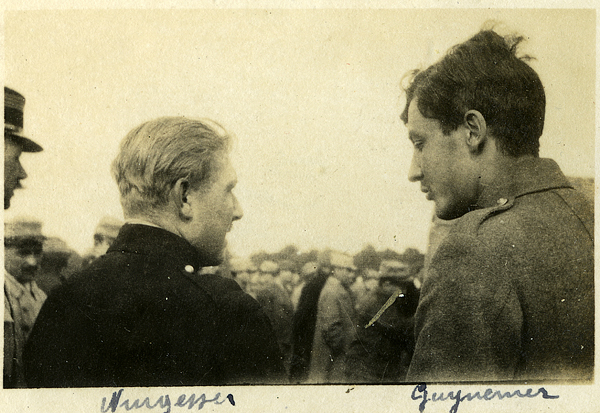 The following years saw many crash landings, and the accumulation of the injuries, mostly from the many dog fights, listed above. In those days, the planes they flew were as beat up and patched together as their own bodies. But this didn’t stop them working hard and playing harder, as an excerpt from a. Stephen Sherman article testifies:

“Rumour had it that Nungesser was intimate with Mata Hari, the famous spy. Aware of her espionage, he amused himself by regaling her with fanciful tales of a new French “super-plane,” powered by eight big new (also secret) engines. He spent his leaves in Paris, with Colette’s courtesans, in the brothels near the Ritz, and at the bars with American pilots.

One of Nungesser’s drinking buddies was Jean Navarre, another flamboyant ace. The two of them almost created the image of fighter pilots as handsome, reckless, hard-living, womanizing rakes. They disliked military discipline and enjoyed Paris’ many attractions as often as possible. Nungesser was known to show up for a morning patrol in a tuxedo, perhaps with his woman still on his arm. Once, Nungesser was driving into Paris, amidst heavy traffic, when he spotted his own aircraft heading that way. It was Navarre! He had borrowed Nungesser’s airplane; he explained that his own had been shot up and that he “had forgotten what a woman looked like.”

These were that days of dashing heroes, of daring do, and the distinct possibility that you would be gone tomorrow. But it wasn’t all honour and sportsmanship:

His black-and-white skull-and-crossbones insignia were well-known on both sides. One day (or so the story goes) a German plane dropped a challenge at his aerodrome, “TO MY WORTHY OPPONENT, MONSIEUR SKULL AND BONES. MEET ME AT FOUR O’CLOCK.” Warned that this was a trap, Nungesser still could not resist. He checked out his Nieuport carefully, and went up at 2:30. Allegedly he used fuel and ammunition by strafing a German airfield before he arrived at the appointed time and place. And of course, when he did, six Hun Albatroses jumped him. And with daring and astonishing manoeuvres, he shot down two of them, scaring the rest away.

Or so the story goes. And it wasn’t just the Boche giving him grief…

On another day a British-marked aircraft attacked him. Thinking this was a German ruse; he fought back and shot down his assailant. It turned out to be a novice English flier, who had mistaken Nungesser’s black-and-white skull-and-crossbones for a German insignia. Nungesser repainted his plane in bold red, white, and blue stripes.

Those pesky Tommys, still, he was a novice, accidents happen in the fog of war and both pilots had a chuckle about it later. 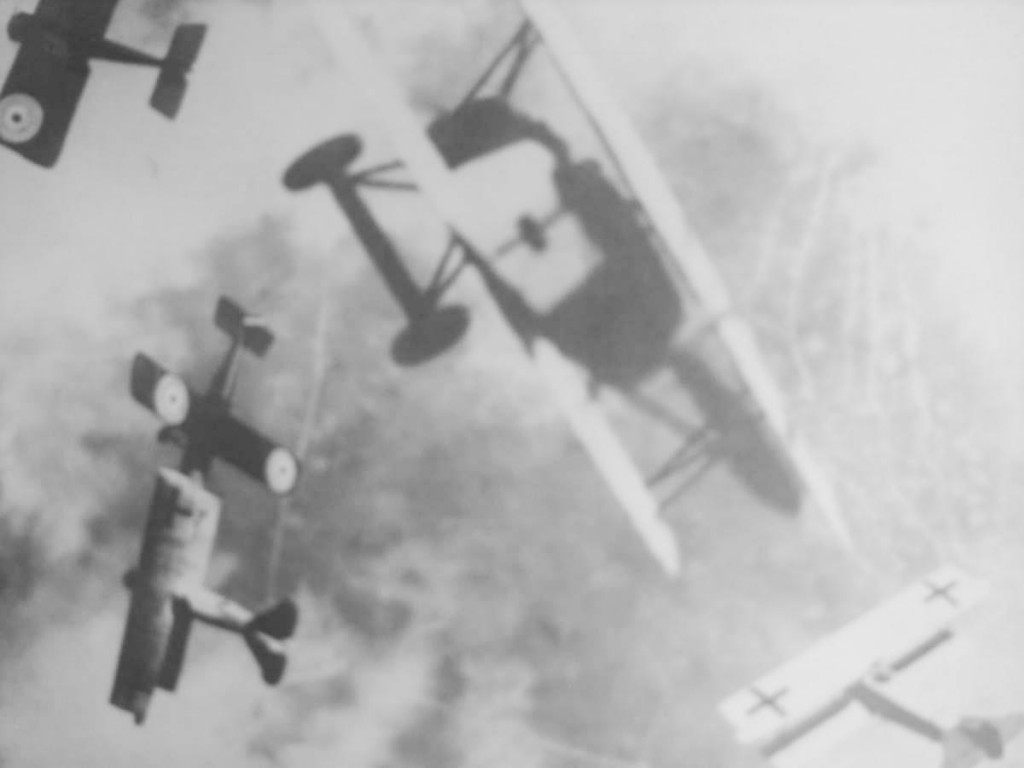 On August 14, 1917 he shot down three enemy kite balloons. A week later five Fokkers jumped him and injured him seriously. After seventeen injuries and forty-three (some sources say 45) aerial victories, Charles Nungesser was finally out of the war.

So he survived the war and, still as flamboyant and hard-living as ever, he continued flying. In 1927, he was attracted by the Orteig prize, $25,000 offered by a New York hotelier for the first non-stop flight between New York and Paris. Nungesser partnered with Captain François Coli; they outfitted a Levasseur P.L.8, namedLe Oiseu Blanc, the White Bird. They took off a week before Lindbergh and were never heard from again. Nungesser’ luck finally ran out; he had defeated scores of German fighter pilots, but he just couldn’t master the vast Atlantic.

But the story may have a twist as ‘never heard of again’ could be a bit premature. A few years ago the daily mail ran a story in which the plane is thought to have ran into storms above Newfoundland and then crashed off the coast of the French islands of Saint-Pierre et Miquelon on May 11th 1927. With today’s technology and people’s desire for researching these kinds of crashes, who knows, perhaps something of the white bird could be discovered. 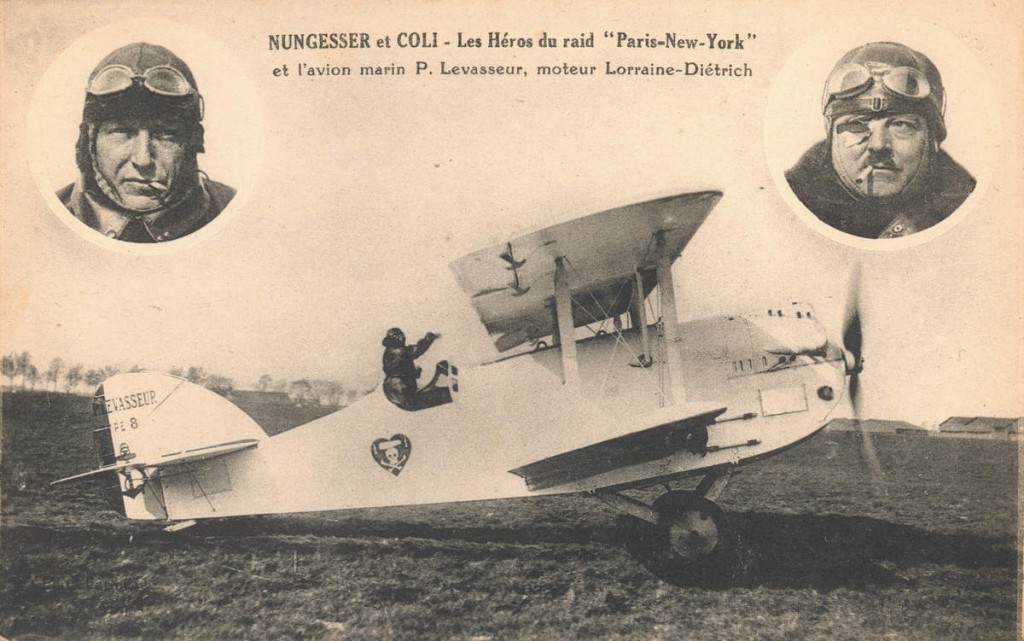 Until then, I raise a glass of chilled champagne to the flamboyant Frenchman Charles Eugene Jules Marie Nungesser and celebrate his life as one of Frances most eminent Fighter Aces, a most excellent addition to our portfolio. 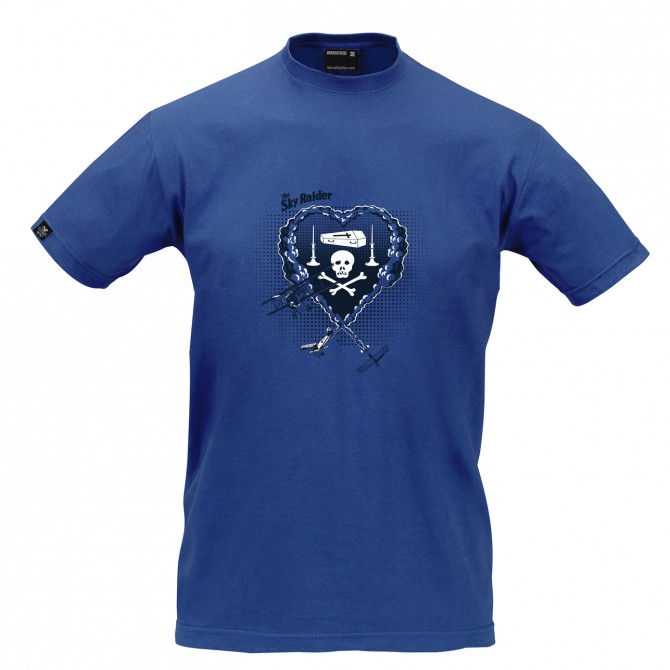