The type VII submarine was the most mass-produced design of all time. It was based on the UB III design from WWI. Using the Wolfpack strategy of massed attacks on conwoys, they dominated the shipping routes of the North Atlantic until radar and sophisticated Allied defense tactics ended their reign.

The term wolfpack refers to the mass-attack tactics against convoys used by German U-boats of the Kriegsmarine during the Battle of the Atlantic and submarines of the United States Navy against Japanese shipping in the Pacific Ocean in World War II.

SC-7 was the code name for a large Allied World War II convoy of 35 merchant ships and six escorts which sailed eastbound from Sydney, Nova Scotia for Liverpool and other United Kingdom ports on 5 October 1940. While crossing the Atlantic, the convoy was intercepted by one of the German Navy’s submarine wolfpacks. During the ensuing battle, the escort was completely overwhelmed and 20 of the 35 cargo vessels were sunk and 2 more damaged, with 141 lives lost.

Sink the ship and save the crew 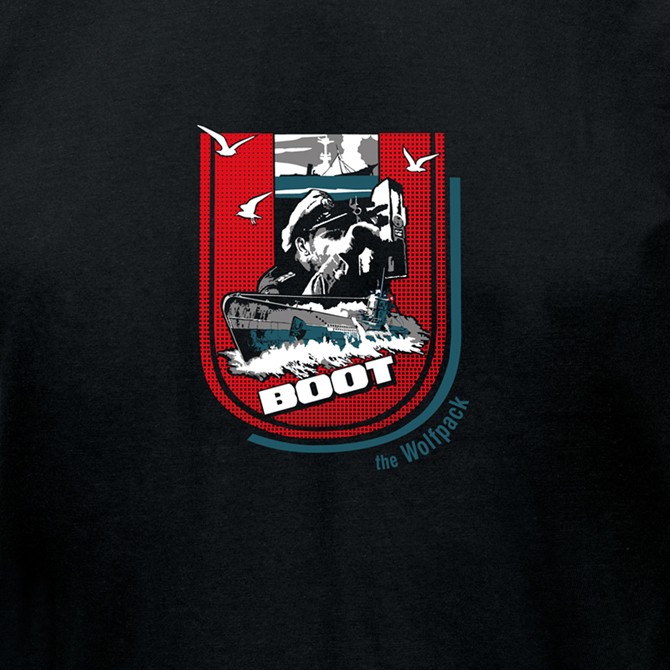 Our custom made U-BOOT design salutes the brave sailors and engineers who were such formidable foes of the high seas.