Celebrating the 100 year anniversary of the Air Ace Josef František.

Frantisek was a remarkable pilot who flew with a passion that few could match: within the Czech air force, from his earliest days he had been well-known for his exceptional flying and his lack of discipline.

Following the seizure of Czechoslovakia in 1938 Frantisek escaped to Poland and became an honorary Pole. He seemed to have nerves of steel when in combat. The Northolt Station Commander, Group Captain S F Vincent, once had to reprimand Frantisek after he had ignored a Messerschmitt on his tail. Frantisek replied: “But he could not fire at me; I was too close on the tail of a bomber.” 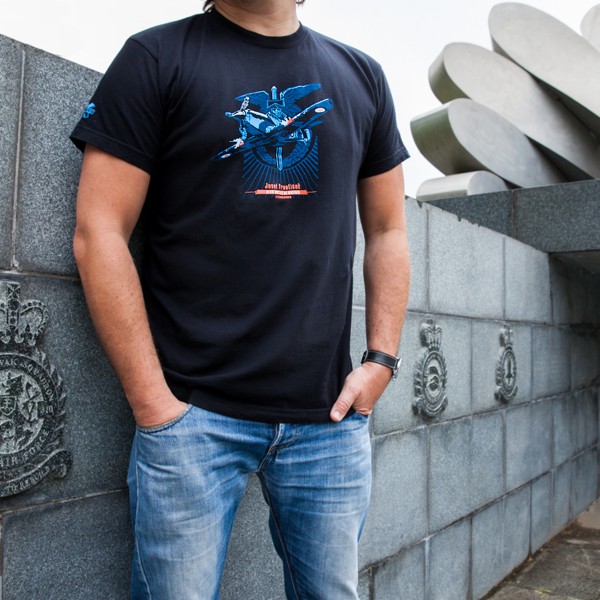 Frantisek’s method was to break formation, to proceed on solitary missions to score his ‘kills’, hunting as if by instinct. Once, after pursuing a fleeing German bomber, flight commander Flight Lieutenant Witold Urbanowicz had ordered Frantisek never to break formation again without permission. Two days later Frantisek disobeyed this order, endangering lives and undermining discipline in the squadron. Something had to be done. Squadron Leader Ronald Kellett and Urbanowicz came to a compromise: Frantisek would become a ‘guest’ of the squadron: he was therefore free to do what he was best at. The following day he shot down three more German aircraft.

Unfortunately Frantisek was to be killed in a flying accident on 8 October 1940, and lies buried in Northwood Cemetery. Squadron Leader Ronald Kellett received both the DSO and the DFC for his outstanding leadership during the Battle, as well as the Virtuti Militari, the Polish equivalent of the Victoria Cross. Fellow-pilot Squadron Leader Johnny Kent stated that Frantisek’s death was “a very great loss and a very worrying one.”